The following individuals are available on a limited basis for speaking engagements such as Dream Sundays or Africa New Life events. Their lives are powerful testimonies to the effectiveness of child sponsorship, and each are well experienced in sharing their stories in hopes of transforming more lives. We are ready to equip you with resources and work to find a format that works best for your church, whether it is 10 minutes of speaking, a short testimony, an interview with a pastor, or even music!

Suggested gifts in the form of an honorarium or a gift toward education (for our students) are listed below. These gifts are for the direct benefit of the individual, not Africa New Life. We also ask that you consider providing for flights (if needed) as well as host/transportation.

For more information or to book a speaker, please contact us via the form at the bottom of this page. 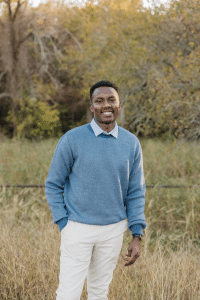 As a baby, Cyusa lost his father in the aftermath of the 1994 Genocide Against the Tutsi. His mother did the best she could to provide food, but still they faced poverty. At age 11, Cyusa lost his mother to typhoid and went to live with his aunt. Fortunately, Cyusa was soon sponsored and given the opportunity to attend New Life Christian Academy. It was there that he saw that God had been fighting for him all along. At the age of 14, Cyusa gave his life fully to Christ!

In 2016, Cyusa received a scholarship to attend college in the U.S. Now, Cyusa is 26 and graduated this May from Warner Pacific University in Portland, Oregon with a B.S. in Social Work. He recently accepted a new position at Catholic Charities as a Disaster Case Manager.

To watch a recent interview of Cyusa with Willamette Christian Church, click here. 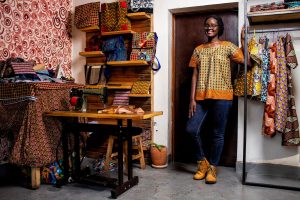 Sharon’s family fled from the Genocide Against the Tutsi in 1994, temporarily moving to Uganda where she was born. Her father died in a car accident when she was around one year of age, and her mother decided to move back to Rwanda. Twelve years later, her mom remarried, giving her nine siblings. She likes to joke that, together, they make up a soccer team. Sharon remembers being chased out of class many times because of a lack of school fees. But in eighth grade, she was sponsored through Africa New Life and never missed a class again. Sharon accepted Jesus at one of Africa New Life’s youth camps, and He became her hope and strong anchor from that point on.

After high school, Sharon had the privilege of being a part of the precursor to the Esther College Scholarship Program and pursued a degree in Tourism and Travel Management. She was also able to start a fashion and coffee shop business in Rwanda. Sharon graduated from Multnomah University with her M.A. in Global Development and Justice in 2021. Sharon will soon start working with Loom International, a nonprofit that serves and equips local changemakers across the continent of Africa.

Occasionally, both Pastor Charles and Pastor Fred travel to the U.S. and are available for Dream Sundays.

Our U.S. staff may also be available to personally assist with Dream Sundays or meet with church leadership.